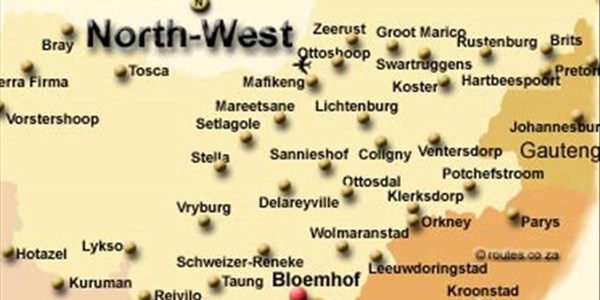 Police in the North West town of Bloemhof are currently monitoring the situation in the troubled town as residents have indicated that more protests may follow this week.

This is according to the provincial police spokesperson, Sabata Mokgwabone, who said that this follows after reports on social media indicate that an illegal protest is pending as angry residents of the town intend on blocking the N12 highway, which is an entry point into the town.

This follows after OFM News reported two weeks ago that a car was set alight on the highway near the town, as residents protested over alleged rampant gangsterism in the area. Mokgwabone urged residents to desist from the protests and warned that police would not tolerate any illegal protest actions. "At the moment, it is still quiet but what we want to say is that law-abiding citizens are urged to condemn and ignore such illegal acts as well as work together with the police to ensure that those who are behind these protests are isolated and exposed," Mokwgwabone said.

He also said that social media platforms should be used to promote peace rather than violence but in those instances where violence is promoted, the police will not tolerate or hesitate to take action against this.