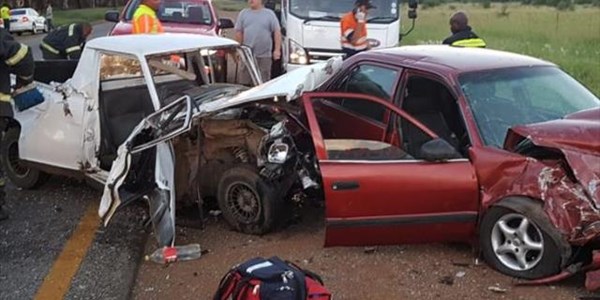 Three men were injured this morning following a collision between two light motor vehicles and a bakkie on the N12, approximately 15km outside of Potchefstroom.

This is according to the spokesperson of ER24 paramedics, Shawn Herbst, who told OFM News that when paramedics arrived at the scene at 05:50 this morning, they found the two vehicles on opposite sides of the road after they collided.

Herbst says after paramedics assessed the patients, it was found that they sustained minor to moderate injuries. No fatalities were reported.

The patients were treated for their injuries and thereafter transported to the MediClinic in the city, as well as the provincial hospital, for further care.

The cause of the accident remains subject to police investigations.