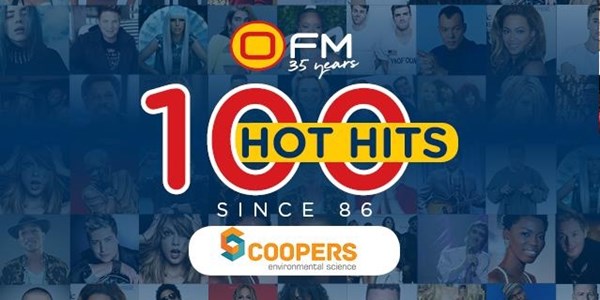 Celebrate OFM’s birthday month by cranking up the volume and letting the musical memories come flooding back.

On Friday, 23 July OFM is playing 100 of the top songs from the past three decades. Mid-Morning Magic joins in on the nostalgia and Yolanda Maartens reflects on some of her memories of the last 35 years.

BLACK EYED PEAS - Where is the love

Arguably one of the most lyrically evergreen songs released in the 2000s, the lyrics for “Where Is The Love” are still as relevant today as they were for when they were originally written. The song was written in 2003 in response to the 9/11 terrorist attacks on the World Trade Centers in NYC, with its main theme exploring why there is so much brute hate in the world. In 2016 they released a remake of the 2003 hit as social commentary on the state of the world. Here is that version:

Akon's first worldwide hit from 2004.  It is a reworking of the 1964 Bobby Vinton hit "Mr. Lonely." The sample was sped-up so it sounded similar to The Chipmunks. This song is about a boyfriend who neglects his girl and takes her for granted. One day, he wakes up and she's gone. It's only in her absence that he realizes what she means to him and comes to appreciate her.

PRIME CIRCLE – She always gets what she wants

Their third album, “All or Nothing”, was released in 2008. The album reached gold status in the first six months and then platinum thereafter. The album received four SAMA nominations.

Since their debut in 2002, Prime Circle has been one of the most celebrated rock acts in South African history. The band has toured extensively, performing at several major international festivals. News just in is that lead singer Ross Learmonth is working on his first solo album - which has left Prime Circle fans around the world excited!

CELINE DION – My heart will go on

The song was written for the 1997 movie Titanic. James Horner came up with the music for the song and scored the film. Will Jennings wrote the lyrics. According to Jennings, Celine Dion was the first choice to sing this. She nailed the demo in one take, which ended up being the version used in the film.

This is Just Jinjer's version of the legendary Rodriguez's infamous song, Sugar Man. The band's lead singer, Ard Matthews, said that when they recorded the song they honestly thought Rodriguez was dead. He added: "I mean, no one had heard of him in 15 years. This guy is one of my inspirations." They released this song in 1998.

This was Britney's first hit, and it propelled her to stardom. The slick sound earned plenty of radio play, but it was the image of the schoolgirl Spears, just 16 when the song was released in 1998, that made her a sensation. MTV played the video, but the internet gave her the most traction, as teenage girls and guys of all ages logged into their AOL accounts and typed some variation of "Britney Spears" into Alta Vista to see more of the starlet.

ONE DIRECTION – What makes you beautiful

The song was written for One Direction by The X Factor vocal coach Savan Kotecha. He says he wrote the lyrics about his wife, Anna. He explained to Sugar magazine: "One morning when I was going to the studio, she was like 'Ugh, I look so ugly today' and I was like 'Nooo!' – my wife's this beautiful  girl, and the 'you don't know you're beautiful, that's what makes you beautiful' line popped into my head." The group released it in 2011.

In 2007, Carlos Santana opened a chain of music-themed Mexican restaurants in Northern California called "Maria Maria." They are named after the 1999 song of the same title.

This song is from Johnny Clegg and Savuka's 1993 album "Heat, Dust, and Dreams". Clegg was renowned as a musician, singer-songwriter, dancer, anthropologist, and anti-apartheid activist, some of his work was in musicology which focused on the music of indigenous South African peoples. His band Juluka began as a duo with Sipho Mchunu, and was the first group in the South African apartheid era with a white man and a black man.

In September 2018, 50 top artists came together to record their own version of this song as a tribute to his legacy and to raise funds to fight the education crisis in South Africa. Clegg was diagnosed with pancreatic cancer in 2015, which ultimately led to his death in 2019. We miss him dearly.

You can make a difference and support his legacy by becoming a friend of Johnny Clegg: https://www.friendsofjohnnyclegg.com/adopt-a-future/

This tribute by his son and various South African artists will touch your heart:

#OFMHeartWeek - Statistics that will make your heart stop 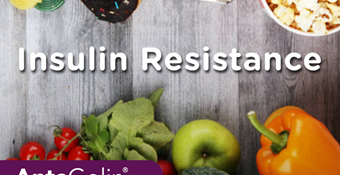