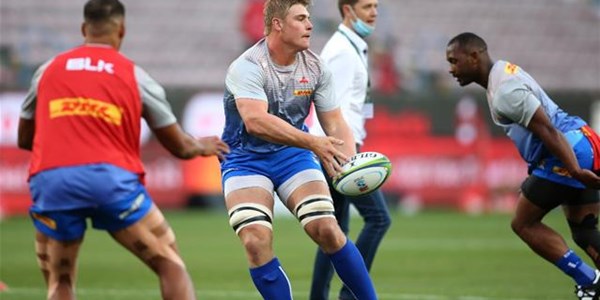 Lock Ernst van Rhyn will captain Western Province in their Currie Cup campaign, which kicks off against the Bulls on Saturday.

The former SA Schools and Junior Springbok captain will lead Western Province out at Loftus Versfeld for a North-South encounter which kicks off at 16h00 on Saturday.

Hooker JJ Kotze, flank Niel Otto and No.8 Evan Roos will all make their Western Province debut having been named in the starting line-up, while lock Justin Basson and loose forward Hacjivah Dayimani – on loan with a view to making a permanent move to Cape Town – are set to make their first appearance for Western Province from the replacements bench.

Sergeal Petersen is at fullback and will link up with Seabelo Senatla and Sihle Njezula in an exciting back three. Dan du Plessis and Rikus Pretorius are in midfield, with Abner van Reenen and Paul de Wet making up the halfback pairing.

Roos and Otto are joined by Johan du Toit in the loose trio, with David Meihuizen partnering captain Van Rhyn at lock. In the front row Kotze will have experienced props Ali Vermaak and Neethling Fouche on either side of him.

Western Province Head Coach John Dobson said that his team is focused on making a convincing start to their Currie Cup campaign.

“It is always a challenge playing up at Loftus and we know that we will have to be at our best to start with a win.

“We have got some really exciting players and combinations in the team and we are looking forward to seeing what they can produce on Saturday,” he said.