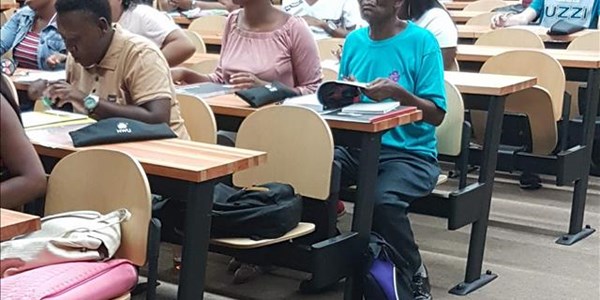 The news of a 79-year-old who is currently doing his first year in education at the North West University’s Vaal campus has been making waves on social media over the last few days.

However, what many don’t know is that Jacob Seboko, since the passing of his wife, Wilhemina, over nine years ago, has found a new love in education and studying this keeps his mind busy and helps to also keep the loneliness at bay.

While many don’t understand his decision to study at his ripe age, Seboko believes that as an old man, he continues to have a lot to offer the country owing to his experience and formal teaching qualifications. Seboko said for as long as he continues to live, he wants to focus on contributing positively to his community and motivate the youth to value education.

Speaking on how it feels to be an elderly student among a class comprised of mostly students 60 years his juniors, Seboko laughs and says that although he is committed to making a success of this new chapter in his life, it does sometimes feel strange to be in a classroom filled with youngsters, especially because his 80th birthday is soon approaching. Despite the occasional strangeness of sharing a class with his juniors, the positive-minded man says he values the experience because he learns from his younger classmates, while they too also learn from him. He adds that they help him understand certain concepts such as technology and the internet, while he on the other hand also helps them with understanding certain concepts related to the working world, they otherwise probably would have grasped only later in their lives.

While he adds that he has enjoyed the attention from the media with regards to his unique story and says he is humbled by the positive feedback, he now requests space as he says he would like to focus on the upcoming test week.

Prior to his studies at the NWU’s Vaal campus, Seboko completed his secondary school via a Damelin correspondence course and went on to work rather later in his life as he first had sustained his family. He says his first job was at Rand Water in Vereeniging, south of Gauteng, and thereafter, he proceeded to work in government. In 1996, he went on to obtain his Bachelor of Arts degree in Public Administration and Management from the Potchefstroom University for Christian Higher Education (PU for CHE) in Vanderbijlpark. In 2002, he then retired from his government position, but not from his passion for learning, as he then went on to complete a diploma in Adult Basic Education and Training (ABET) from the University of South Africa (Unisa). “Since obtaining that diploma, he has enjoyed a ten-year stint as a part-time ABET educator,” Annette Willemse, from the NWU’s Vaal campus told OFM News.

Willemse helped facilitate the interview with Seboko and further said that lecturers at the campus have told her that Seboko is a pleasure to have in class and that he brings about a new dynamic in the learning environment. “He is always on time, always prepared and likes to interact with lecturers and classmates during contact sessions,” Willemse said.

She tells OFM News that Seboko is adamant that he will play a role in educating the youth. “He is especially focused on subjects such as accounting, economics and business studies. He also wants to live the legacy of lifelong learning - motivating others, especially the youth - to equip themselves academically,” she adds. She further reveals that his dream is, however, to qualify as a professional educator and to teach at school level. Advice he offers to other pensioners with dreams of pursuing their studies further but perhaps not following up on this because of their age is to never give up nor be discouraged because of their age.

“You are not defined by your age! Age is truly just a number and we all have a role to play in making South Africa better - young and old, ” he concludes. 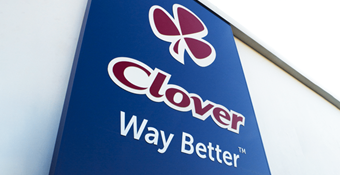