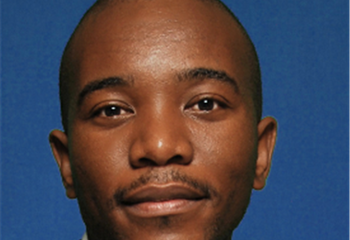 President Cyril Ramaphosa would be shocked at the results of the May 8 general election, Democratic Alliance (DA) leader Mmusi Maimane said on Friday.

"The president will be shocked, we are going to shock him. When I asked him about the shortage of electricity, he said: 'You know Maimane, I am shocked'. He then took a train and got stuck, when they asked him what happened, he said he was shocked," Maimane said in Sunrise Park near Rustenburg in the North West.

Maimane was in the area as part of his Kasi-to-Kasi tour.

He said the DA would deal with corruption and that those found guilty of the crime would serve a 15-year prison sentence.

A DA-led government would not promise to build people houses, but would instead focus on title deeds and empowerment, he said.

"If you live in a shack, we are not going to promise you a house; instead, we will give you title deeds of that land and give you a voucher so that you can go to a hardware store and build your own house. We are not going to lie to you promising houses," he said to a chorus of applause from the crowd.

He said the DA would instead increase the state's child support grant to R800, adding that South African Airways should be sold so that the money could be used to pay for grants.

The DA was the only party that could topple the ANC, he said, adding that he was not worried about other parties including the Patricia de Lille-led Good party.

Former City of Cape Town mayor De Lille joined the DA with her Independent Democrats (ID) party members years ago and when she recently left the DA, took a number of ID members to form Good.

While he was speaking, ANC members in party regalia occupied the opposite side of the same sport ground and sang liberation songs while minibus taxis transporting them hooted as they passed Maimane's rally.