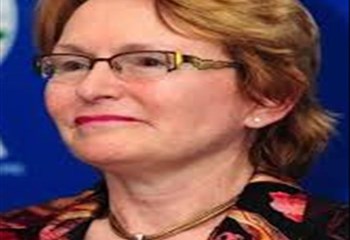 Helen Zille
Fear of in-fighting, which could spill to the public, is the main reason the DA decided not to discipline former party leader and Western Cape premier Helen Zille.

City Press reports it has learnt that the federal executive has accepted a recommendation from the federal legal commission that the party should not take action against Zille for her black privilege tweets in May. The party is also allegedly considering paying her legal fees.

The reason for letting Zille off the hook is to avoid in-fighting spilling out into the public domain.

Following the party’s dismal performance in the May 8 polls, internal research indicated that members’ public spats were one of the reasons voters ditched the party.

The federal legal commission felt that it would be more damaging for the DA to pursue action against Zille, which could end up in a protracted legal battle in the courts, similar to the case of former Cape Town mayor – now Good party leader – Patricia de Lille.

Insiders also claimed that Zille had approached an independent research company to look into whether or not her tweets did any material damage to the DA’s electoral prospects.

It’s understood that the research results would be used by the former leader in a hearing against her to demonstrate that there was no basis for disciplining her, as the research showed that her tweets had no bearing on voters.

Zille allegedly also wanted the party to pay her legal costs, a decision which the federal finance council is said to be considering.

Insiders said party leader Mmusi Maimane objected to the federal legal commission recommendation on charges and the federal finance council’s decision on legal fees but he was defeated on both counts.

“Secondly, with regards to the legal fees, the [legal] teams are engaging on the issue,” Malatsi said.

Zille told City Press last week that she would in fact be renewing her DA membership and staying on in the party.

Zille was previously caught up in a row with the party over a series of tweets on the legacy of colonialism.

At the time the DA forged ahead with a disciplinary process, resulting in a number of sanctions – one of them was her being barred from participating in any of the party’s activities.

Despite this, she attended some campaign events in the Western Cape in the run-up to this year’s elections.