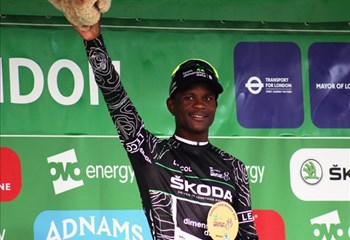 NIcholas Dlamini/Wikimedia Commons
The preliminary findings of an independent probe into the manhandling of pro cyclist Nicholas Dlamini is expected later this week.

Dlamini's arm was broken during a scuffle with SANParks rangers in the Silvermine Nature Reserve just before Christmas.

He allegedly didn't have permission to cycle in the park.

The injury means Dlamini will miss out on a major Australian tour next week.

A year ago he was crowned King of the Mountains in Australia but Dlamini won't be returning to defend his title.

Dlamini's manager says because this is now a legal matter, Dlamini's been advised not to speak to the press.

He's being represented by an international law firm that's lodged a case on his behalf.

SANParks says in view of potential litigation, it too can't make any public statements on the matter.

However, it's confirmed that the rangers involved in this incident are still on suspension.

It's expecting a report on the matter from a law firm this week.

Dlamini's management says it's too early to say how his injury will affect his career ambitions which include competing in the Tokyo Olympics.

A prognosis is not expected until he's met with his surgeon in mid-February.

A Canadian speaking Afrikaans, Chris van Heerden vs Conor Mcgregor and some other fun stuff
Posted on: 29 Jan 2020
READ MORE

-TBB- The boys from the Cheetahs take on the Final Countdown Quiz
Posted on: 29 Jan 2020
READ MORE
Hide Footer