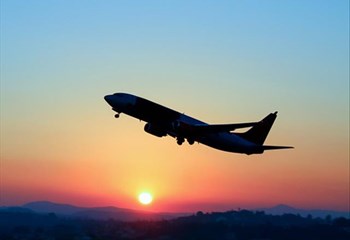 As countries around the world continue to conduct repatriation flights, hundreds of South Africans stranded in India said that it felt as though their government had left them behind.

One of those South Africans who are expected to return home on Sunday is Sharon Ryan, who has been stuck in India for over seven weeks. Ryan started a petition on Change.org, asking South African President Cyril Ramaphosa and Indian Prime Minister Narendra Modi to bring them back home.

“When I was added to the Stranded in India group and started reading some of the messages being posted, I really empathised with the plight of so many,” said Ryan.

In an interview with Lotus FM’s Breakfast Xpress, Sharon said that managing under lockdown in India has been very difficult because she has had access to absolutely nothing.

Ryan is currently in a rural part of the Thar Desert, where she only has access to a small vegetable market on which she is surviving.

Ryan arrived in India on February 2 on a three-month solo sabbatical. On March 2, she joined a women’s empowerment NGO in Jodhpur, Rajasthan. Three weeks into her stay, they visited one of their projects in the desert.

The Indian government imposed a nationwide lockdown the night before she was meant to leave the region, and she has been in Rajasthan for seven weeks since, in the burning heat, with daily temperatures between 38 and 45 degrees C.

According to Ryan, the challenges are far greater for the other expatriates she has encountered through the Stranded in India group, especially after the hotels they were living in were closed due to lockdown preventive measures imposed by the Indian government.

“Many of them are running out of money to pay for backpackers' and other places of accommodation as well as medications,” said Ryan.

Emotions are running high and depression is kicking in, she said.

“I myself am suffering from heat intolerance and exhaustion in the Thar desert and could well understand the despondent energy in the group.”

Ryan said the prevailing feeling in the group was one of abandonment and she felt she had to do something.

“We couldn’t just sit around waiting for something to happen. This petition gave us the opportunity to highlight our plight and mobilise our supporters onto one platform.”

Ryan received more than 5,000 signatures on her petition.

According to Ryan, they petitioned and called on the South African Department of International Relations and Co-operation (Dirco) to assist them, and the department was very hands-on and stepped up, even assisting with issues related to South African Airways (SAA), which they are handling on their behalf.

On Saturday, the High Commission in Delhi informed the South Africans of an SAA repatriation flight on May 24, flying from Mumbai–Delhi–Johannesburg.

Ryan said none of this would have been possible without the support of everyone around the world and South Africa who signed the petition, as well as everyone who assisted in rallying the government to assist.

“There’s still a way to go to ensure that every stranded South African citizen gets onto the flight and makes it home safely,” said Ryan.

The repatriation process, which took just over seven weeks to complete, will come to an end for a few South Africans desperate to return home, but as analysts and organisations predict a rough few months ahead for South Africa as the nation anticipates the coronavirus to peak, there are still scores of South Africans stranded all over the world, waiting to return.

According to Dirco, more than 4,000 South Africans have been repatriated to date.

“We are making every effort to support the return of South Africans who find themselves stranded overseas. We are working closely with governments. We are really working hard at this. It is a very challenging situation,” said Minister Naledi Pandor.