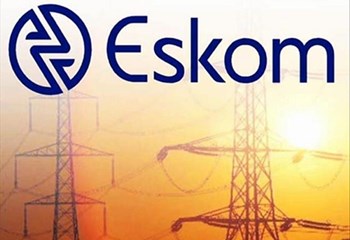 LISTEN TO THE PODCAST BELOW THE ARTICLE FOR A QUICK SUMMARY

Electricity Safety Month is a month that Eskom dedicates to raising awareness about the safe use of electricity.

Eskom wants South Africans to understand that illegal / unsafe connections can lead to the injury or death of someone close to them.

Being cautious around electricity can save lives.

No-one should underestimate the power of electricity, and what it can do if not respected.

Eskom wants to equip communities with information on how to identify unsafe situations around electricity, knowing what to do and what not to do when faced with unsafe electrical connections.

It is an electrical connection made to the electricity network to avoid payment for electricity, i.e. the network is tapped into without installing a meter and without the permission of the owner of the network such as Eskom or the municipality.

This is illegal because the connection is made without entering into a service contract with Eskom or a municipality and using electricity without paying – that is theft.

People die. In the last financial year, 131 people died due to contact with electricity - 38 were children. 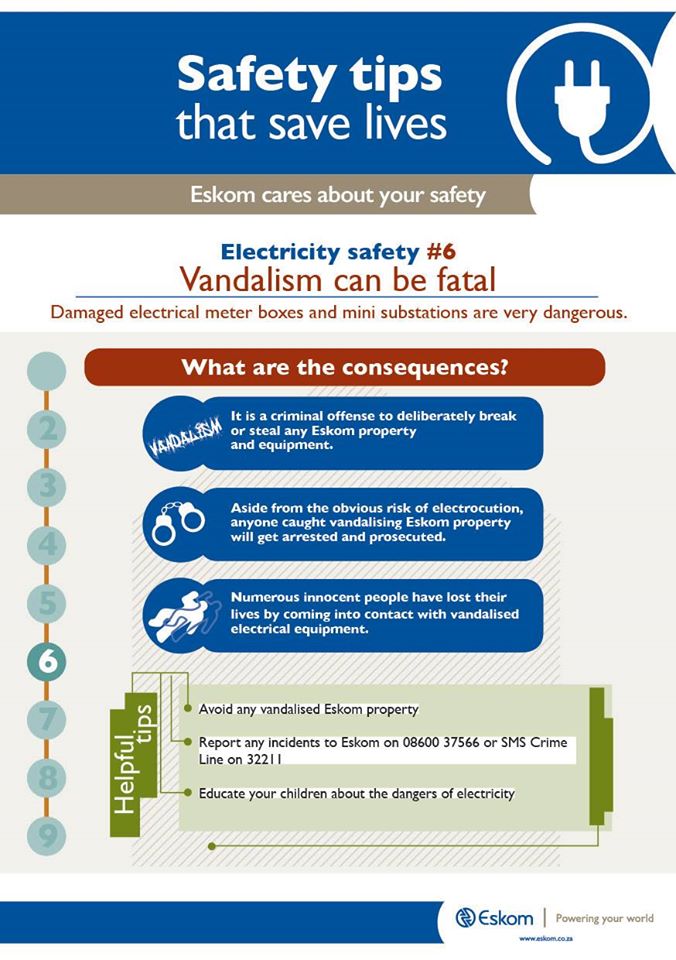 Illegal connections also overload the electricity network beyond the capacity for which it was designed.

This leads to the system tripping, resulting in unplanned power outages that affect the functioning of schools, clinics and traffic lights.  This affects our country and economy negatively.

Eskom conducts regular area inspections, awareness campaigns such as customer forums, school visits, media campaigns, engaging with community leaders and community forums in areas where illegal connections are rife. And, continuously remove these illegal connections but often they are put up again as soon as the technicians leave the area.

Eskom will continue to treat illegal connections as a serious crime that endangers lives.

Illegal connections are usually easy to spot. Here is what to look out for:

•Electricity poles that are easy to reach:

•Wires touching fences or running along a roof

•Wires running along the ground or on pathways

•Wires attached to each other with tape of plastic bags

•There will be many cables around a source, the area will resemble a maze or spider web

•Eskom will not put a transformer in anyone’s yard 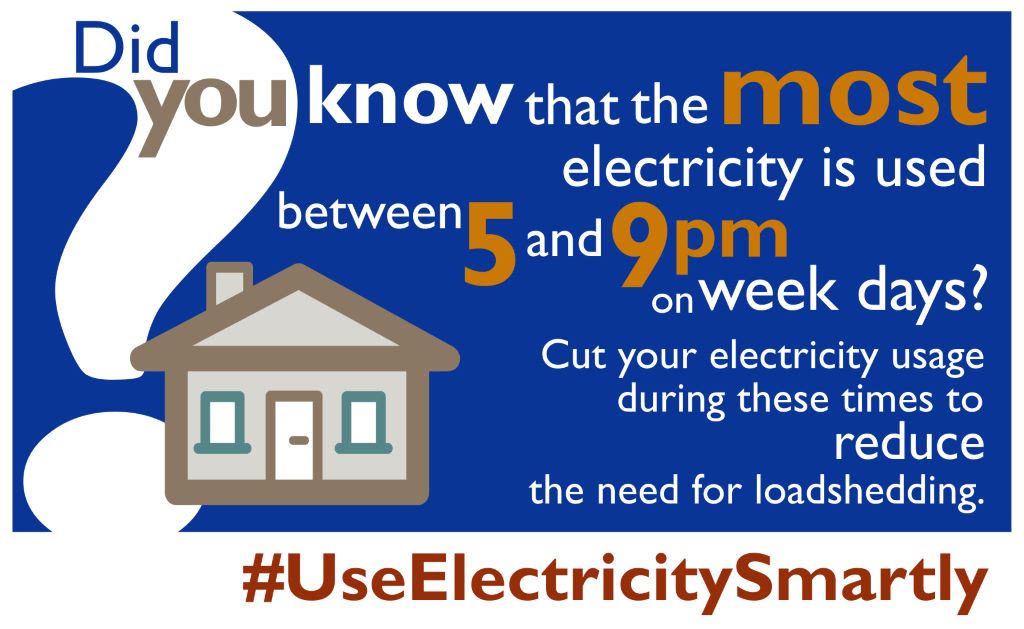 Eskom detects illegal connections by responding to complaints of illegal tapping, and by performing audits on meters to ensure that people are paying for the electricity they use.

They also have exception reports which can identify customers who have not purchased electricity for a certain period, we then follow up to see if they are using electricity illegally.

Lastly, sweeps are also conducted to disconnect illegal connections.  This can, however, become risky as communities sometimes respond with violence.

The risks associated with illegal connections are:

•The insulation around these live wires conducting the electricity is usually insufficient to protect the person touching the wires from getting shocked. If one combines this with the lack of earth leakage, then there is a very dangerous situation. Many people are shocked or killed in this way every year

•The bare wires are often touching other metal objects in/around the house (such as fences, downpipes, metal objects), which means that large structures or objects are live – and without earth leakage protection – and has in many cases resulted in tragic consequences when members of the public have made contact with the live structures and have been seriously injured or died.

•The saddest part is that it is often the people (even children or toddlers) who have nothing to do with these illegal connections who are hurt or killed.

It is also important to understand that “seriously injured” means that people can be badly burnt or lose part of an arm or a leg, or even the entire limb.

There are a number of safety precautions:

2.Warn people about the illegal connection and ask everyone to stay clear of the wires, and don’t touch anything near these wires

3.Make sure that you use only registered electricians to work on the electrical wiring and equipment in your home. Only Eskom employees or Eskom contractors may perform work on the Eskom network and on Eskom equipment. 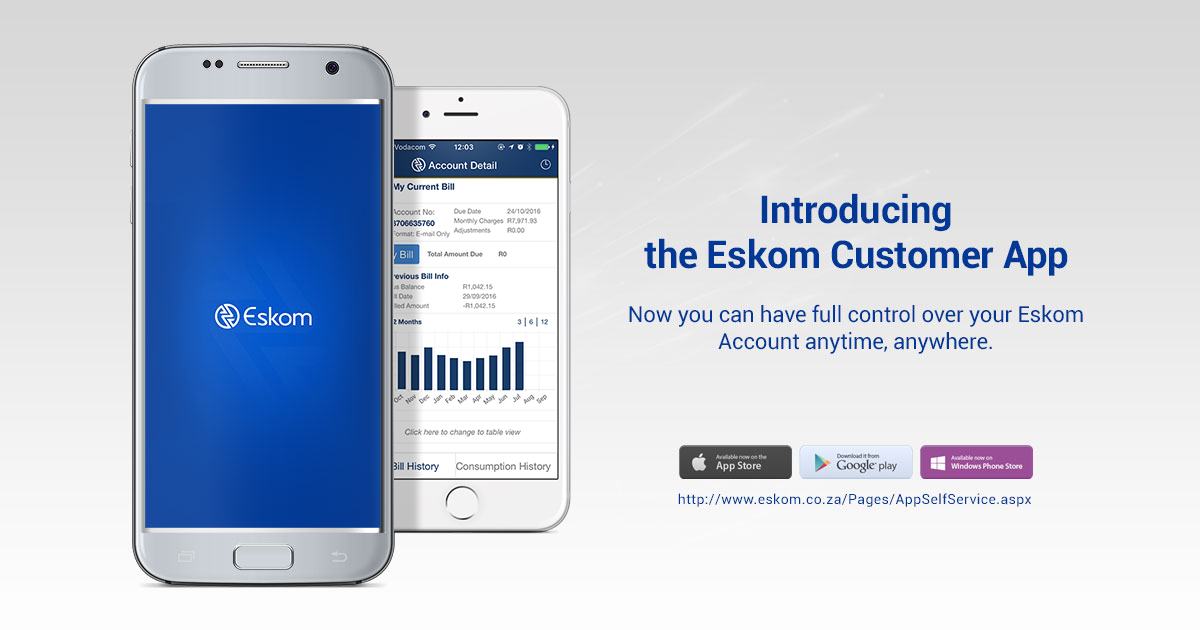 For a few years now Eskom has documented hostility towards Eskom workers going into communities. Eskom understands that cutting illegal connections may appear harsh but the reality of it is that this is very necessary. They can’t do their job if employees become targets of violence and it becomes costly to do so because of additional security measures.

Rather help Eskom by becoming part of the solution that works for everyone. At the end of the day we also have families who are waiting for us at home after a day at work like everyone else. 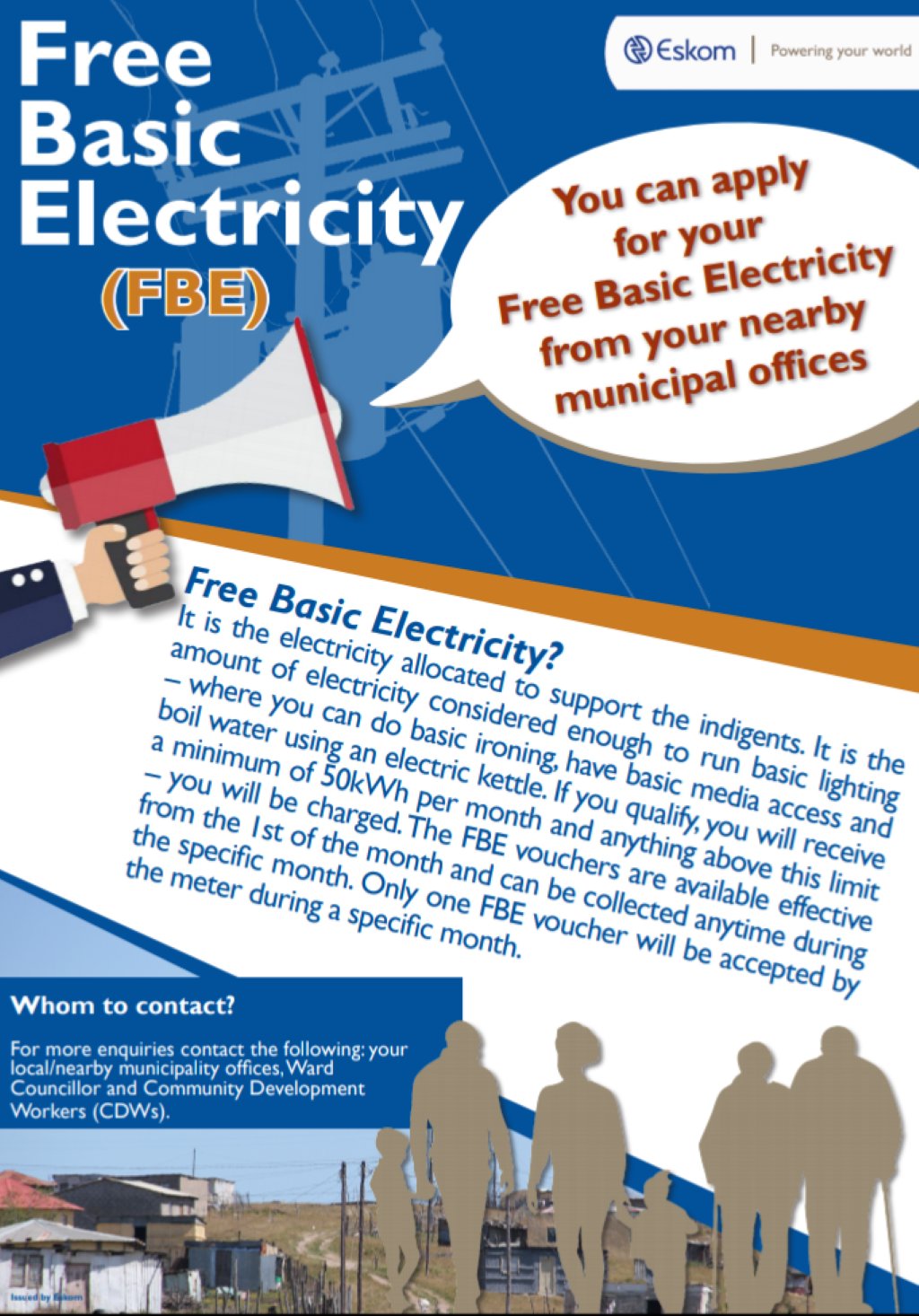 Are you using electricity safely?:

Eskom’s monopoly is on its way out