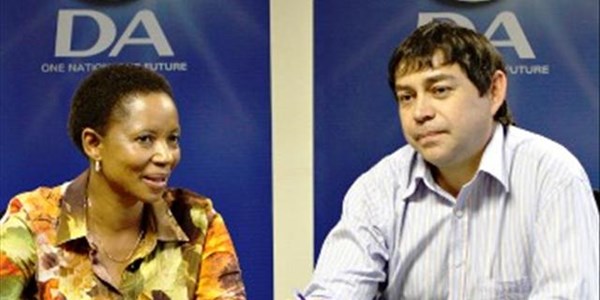 The DA in the Free State is calling for the dissolution of the Kopanong Municipality in the Xhariep District.

This, after reports that its employees have embarked on a strike following the municipality's failure to pay February salaries.

The party's leader, Patricia Kopane, says services in the towns of Jagersfontein, Philippolis, Reddersburg, Trompsburg, and six others have come to a halt due to mal-administration and the financial crisis experienced in the municipality.

Kopane is calling on the provincial Cogta MEC, Oupa Khoabane, to take action against the municipality as reports of financial mismanagement and failure to make contributions towards employees' pension funds and medical aids still continues.

In an interview with OFM News yesterday, however, Municipal Manager Martin Kubeka refuted these allegations.

Kubeka said allegations that employees and councillors at the municipality have not been paid their February salaries are unfounded and that he has authorised salary payments and was certain that all the employees will receive their money in no time.

He maintained that the non-payment of third parties is a thing of the past, and that the municipality has for months been honouring their payment plans to third parties.

She says the municipality does not only fail to generate income but fails to provide basic services such as water supply and refuse removal.

"Kopanong has become a ghost town with a number of businesses moving from the area due to the collapse of basic services. This has led to a loss of jobs and economic activity" she added.