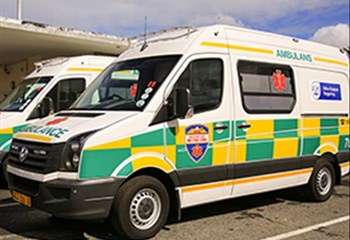 An accident involving a truck, a mini truck and a taxi on the R57 between Reitz and Kestell in the Free State has left four dead and scores injured this morning.

The spokesperson for Emergency Medical Services (EMS) in the province, Sipho Towa, says the accident, that happened just after the Afrikaskop turn-off, left nine people with minor injuries, eight moderately injured and two with critical injuries. Four where declared dead on the scene. He says the critically injured had to be airlifted, with one taken to Busamed Private Hospital in Harrismith and the other transported to the Manapo Hospital in QwaQwa.