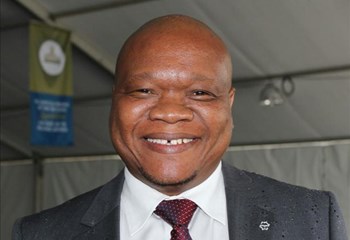 According to the departmental spokesperson, Howard Ndaba, the school, with state of the art facilities, is said to have cost over R57 million and is the result of a partnership between the provincial education, public works and infrastructure departments and the provincial government.

He further said learners in Grades 8 and 9 at the school who had been moved to nearby schools while the building was under construction have since been moved to the new building and the Department anticipates that by the year 2023, the school will have a Grade 12 class, as it will introduce a new grade at the school each year between now and then.

Ndaba said the newly erected learning institution boasts various facilities which will benefit both the learners, staff and community.

“The school consists of an administration block, mathematics lab, science lab, computer lab, biology lab, library, school hall, toilet blocks, nutrition centre, media centre and research facility, to mention a few. The school also consists of a social hall, which will also benefit the community in the area, as it will be used during community meetings and other gatherings that the community will be affected by,” Ndaba added.

He said the provincial department, therefore, urges the Grassland community and those around it to guard the new school against vandalism, as the department has now handed over the school into its care.

Meanwhile, Makgoe has committed to opening more schools during the 2019/20 financial year.

#CoronavirusSA: Pupils will now return to school on June 8

#CoronavirusSA: Dates announced for other grades' return to school