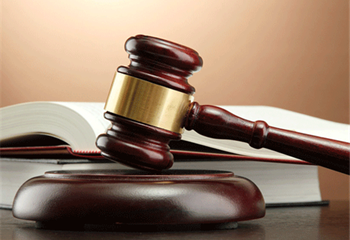 The state confirms it has withdrawn corruption and murder charges against a legal adviser at the Free State Health Department in connection with the murder of Bloemfontein businessman, Louis Siemens.

Prosecutor Johan de Nysschen tells OFM News Vinger is now a state witness and will testify at some stage during the five-week murder trial which begins on October 29.

Siemens’ fragmented, tension-filled relationship with accused number one, Stanley Bakili, forms the background of the state’s case. It is alleged the CityMed Managing Director had been paying off bribes through Bakili for hospital bed licences when things went south between the two. Vinger, who serves on the department’s hospital licensing committee, was alleged to have benefited R300 000 from the R6,5 million deal between the deceased and Bakili.

The Health Department spokesperson, Mondli Mvambi, is yet to comment on whether or not the department has instituted its own internal investigation into allegations of bribery.

Siemens was shot and killed in the basement parking area of Preller Square in May 2018.

Vinger is now the tenth person arrested in connection with the murder that made media headlines. The man who pulled the trigger that ended the businessman’s life, Xolisile Mbebetho, has already been convicted and turned state witness after confessing to the crime.

The remaining men on trial for the murder, who are between the ages of 29 and 56 years, include three police officers, a disbarred advocate, an accused in separate double murder cases, and a military man. The state is expected to present a list of over 50 people that will be called to testify during the trial. The accused are Stanley Bakili, Mogoera Molebatsi, Kagiso Chabane, Mojalefa Jali Molusi, Moeketsi Lesia, Karabo Tau, Sizwe Mpati and Clive Tshivenga.

#PrellerSquareShooting trial to resume in November