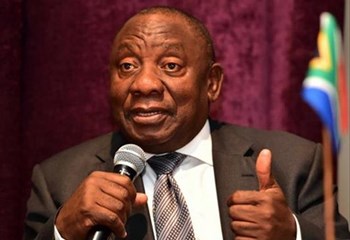 President Cyril Ramaphosa/ANA
The government has undertaken to build nine Technical and Vocational Education and Training (TVET) college campuses in 2020, none of which will be located in central South Africa.

During his hope-filled State of the Nation Address (SONA) delivered on late Thursday evening, President Cyril Ramaphosa, announced the colleges will be erected in the Eastern Cape towns of Sterkspruit, Graaf-Reinet and Ngungqushe as well as Umzimkhulu, Greytown, Msinga, Nongoma and Kwagqikazi in KwaZulu-Natal. This is in addition to the R128 billion that is to be invested in student accommodation.

University registrations temporarily came to a halt across the country in February after the South African Union of Students (Saus) demanded the Higher Education, Science and Technology Minister, Blade Nzimande, to meet 15 of their demands pertaining to student fees, financial exclusion and accommodation, amongst a slew of other matters.

Ramaphosa, who was heavily criticised for his idealism and “dreams” in his 2019 State of the Nation Address, on Thursday night addressed the plethora of challenges facing the country, acknowledging in the earlier parts of his address, that “our country is facing a stark reality. Our economy has not grown at any meaningful rate for over a decade”. He maintains, that not all hope is lost and points to the youth as being at the centre of the “other part of our reality”.