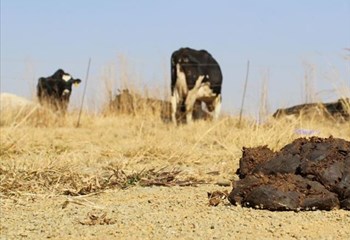 This, after the Supreme Court of Appeal (SCA) dismissed her attempt to appeal the Pretoria High Court judgement against her relating to the controversial Gupta-linked investigation report.

The SCA has ruled that Mkhwebane should pay at least 85% of the costs in her personal capacity. In the first case the DA took the initial investigation report under judicial review stating that it was nothing but a white-washing ,seeking to protect politicians as it failed to indicate the role played by the likes of the former Free State Premier Ace Magashule and former Agriculture MEC Mosebenzi Zwane.

The SCA dismissed her application indicating that there was no reasonable prospect of success in an appeal and there is no other compelling reason why an appeal should be heard. This, months after the Pretoria High Court found that Mkhwebane contravened the Public Protector Act and the Constitution in her initial report.

OFM News previously reported that over R220 million, earmarked to assist upcoming farmers in Vrede, was looted from the province without any intended beneficiaries seeing a single cent.

The DA leader in the provincial legislature who is also the official complainant in the matter, Roy Jankielsohn, says: "There is no longer any reason for the PP not to finalise the investigation report and release her findings on the Vrede Dairy Project that include issues relating to both the ongoing side-lining of the rightful beneficiaries and the role of politicians in the malfeasance that took place there."

Jankielsohn says Mkhwebane's continuous legal attempts to prevent further investigation and findings on this project raise serious questions about her motives and her ability to take objective decisions.

He says the side-lining of beneficiaries for the past seven years remains a serious concern and the DA will scrutinise the final report on this project to ensure that all the controversial aspects relating to the project were investigated.

#Estina suspects in the dock

Department warns of an ongoing scam

NPA ‘not surprised’ by VBS accused's not guilty claim