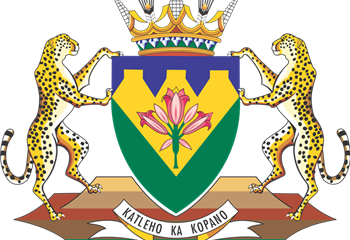 The state of Free State Municipalities will once again come under scrutiny today when the Cooperative Governance and Traditional Affairs' budget gets tabled before the Legislature.

The department's budget is expected to address questions regarding the ailing Mangaung Metro and local municipalities.

The Metro made news just last week when the DA called for the resignation of City Manager Tankiso Mea.

The party's Dirk Kotze said recent reports by Auditor-General Kimi Makwetu are a clear indication of how the municipality remains in dire straits despite, being placed under the provincial care.

He said under Mea and Mayor Olly Mlamleli the municipality not only became the first metro to be placed under administration, but was downgraded twice by Moody’s credit ratings agency.

Another municipality expected to come under scrutiny today is Maluti-A-Phofung. Beside its water crisis the municipality is under fire over its escalating Eskom debt.

It also made news last week when the power utility attached its bank accounts in efforts to recoup over R5.3 billion owed by the municipality.

Although, Eskom has agreed to release R90 million to allow the municipality to pay the salaries of its employees and to meet other running costs, the parties must conclude an agreement before August 7, to address the municipality’s debt.

The power utility has meanwhile alluded that "the account balance will remain attached until a repayment agreement that meets Eskom’s requirements has been concluded, or until the court orders otherwise. This step on the part of Eskom is a result of the repeated failures by the municipality to adhere to its payment obligations to Eskom for the bulk supply of electricity".