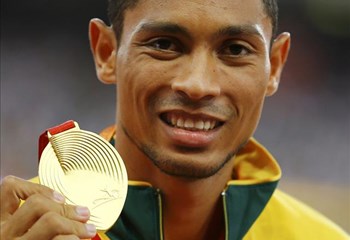 That is according to Italian newspaper La Gazzetta dello Sport.

The 28-year old arrived in Italy in July to prepare for the Triveneto Meeting.

Van Niekerk is in quarantine there where he's been training for the new European season.

He's been out of action for a while due to an injury he sustained during a celebrity touch rugby match in October 2017.