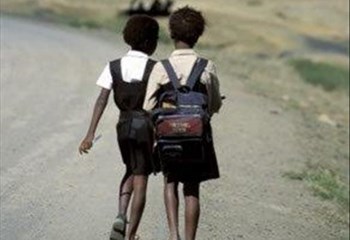 Fewer learners in the North West have in the past two weeks turned up to collect food at various schools in the province.

This is according to the Provincial Coronavirus Command Council led by the Premier, Job Mokgoro.

During a virtual meeting on Friday, the council said it noted with concern the low number of pupils who collected food at schools.

This follows after President Cyril Ramaphosa stated that learners or their parents must collect food at schools as part of the government’s National Schools Nutrition Programme (NSNP).

Mokgoro and his council announced that measures of intervention have already been discussed and they have recommended that learners collect food from nearby schools.

Mokgoro also announced that most of these learners are beneficiaries of the scholar transport programme, which is currently not active as public schools are closed.

The call for learners to continue to receive food at schools comes after Ramaphosa announced that schools would be closed to curb the spread of the coronavirus.

This, after widespread rage from South Africans that schools be shut as cases of Covid-19 started to increase at schools across the country.

Learners, teachers and staff are amongst the people who tested positive for the virus, which led to many schools closing their doors for decontamination and cleaning as part of the Covid-19 regulations.