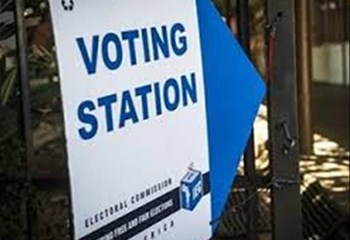 The Free State Independent Electoral Commission (IEC) is poised for the upcoming municipal by-elections in Botshabelo in Mangaung.

The IEC provincial spokesperson, Itumeleng Liba, tells OFM News that the registration week for the election will be on 3 and 4 October while the by-elections will be held on 18 November 2020.

This follows the deaths of two ANC councillors in August which then forces the process of by-elections with new councillors set to be elected by residents. Two wards, which include ward 33 and 28 in Botshabelo, will be up for grabs following the death of ANC councillors which are Ramakatsa Mohlabane and Ntenne Ratsiu.

Ratsiu, who was ward 28's councillor, died on 21 August - two days before the death of his colleague Mohlabane, who died on 23 August.

Meanwhile, ANC Mangaung Region spokesperson, Ncamisa Ngxangisa, confirms to OFM News that the by-elections will be held in that area and plans are afoot to see to it that the party retains these seats.

Ngxangisa adds that the party has already engaged with the structure affected by these so that they prepare for these elections.

Meanwhile, Liba explains that the IEC in the province is aware of the current conditions related to the coronavirus (Covid-19) pandemic and all regulations regarding social distance will be respected.