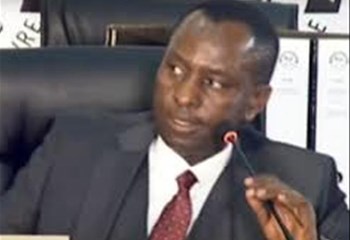 The former Free State Human Settlements MEC Mosebenzi Zwane says he was acting on instructions given by the Executive Council of the province in the implementation of the housing deal worth R1 billion that was signed off by his department in 2010.

Testifying before the State Capture Commission of Inquiry on Friday, Zwane said he was told to create a new database of contractors and suppliers after an open tender process was abandoned. He said this process was also approved by the then Head of the Department Gift Mokoena and the then Chief Financial Officer Seipati Dlamini.

Responding to questions as to whether he never saw anything wrong with the creation of a new database instead of following a tender process, Zwane told the commission he was told by the accounting officer and the CFO that the department has for years been doing that without any hiccups.

OFM News earlier reported that Zwane's testimony comes just days after two former heads of this department, Nthimotse Mokhesi and his predecessor Gift Mokoena, came under fire for failing to answer questions as to why no-one has been held accountable for this housing contract nearly a decade later.

Whilst Mokhesi's testimony drew much attention to how the department has on several occasions failed to follow proper procurement procedures and how contractors and suppliers were paid over R600 million while no houses were built, Mokoena's testimony has put much scrutiny on how unknown contractors were suddenly appointed by Zwane.

Both the former heads' testimonies further drew attention to how some of the contractors were close allies of Zwane.

Zwane, who is also implicated in the controversial Estina project during his tenure as the Free State Agriculture MEC, is alleged to have hand-picked some of the contractors.

Zwane has during this testimony, however, told the commission the legality of the database process had not been put to question during his tenure at the department. He told Deputy Chief Justice Raymond Zondo that he would have put the officials to account should he have known that the creation of a new database and the abandonment of a tender process were unlawful.

Zwane in the hot seat at Zondo Commission