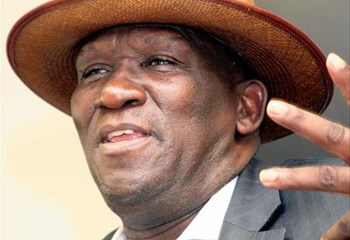 Cele, who will be accompanied by Minister of State Security, Ayanda Dlodlo, will head to Paul Roux, some 40km from Bethlehem, to visit Horner’s family on Graspan Farm.

Thereafter the team will head over to the Mitz Agricultural Union hall in the area to meet with farming groups in an effort to quell tensions over Horner’s brutal murder.

The 51-year-old farmer, whose identity has been revealed by media houses despite Mlangeni’s instructions not to, stands accused of inciting violence, and threatening and assaulting a female officer by throttling her neck last week Tuesday during the public violence.

He is alleged to have influenced a group of protestors to destroy court property and set the state's van alight.

The accused’s defence has merely brushed off the state's testimony and labelled it as speculation.

The defence went on to say the prosecution does not have evidence that the accused influenced or incited the violence. The state is opposed to bail.

Cele will meet with Horner’s family at 11:00 am. He will then meet with farming organisations around midday.

These developments come days ahead of the appearance of 32-year-old Sekwetje Mahlamba and 44-year-old Sekola Matlaletsa in the Paul Roux Magistrate's Court.

Last week the duo briefly appeared in the Senekal Magistrate’s Court where it was revealed for now they are only facing murder charges in connection with the incident.

This is despite media reports alleging the duo would also be facing stock theft charges.

The matter was promptly postponed to 16 October, with Free State Police spokesperson, Thandi Mbambo, telling OFM News the case will now be transferred to Paul Roux which is over 35km from Senekal.

Cele to paint picture on crime