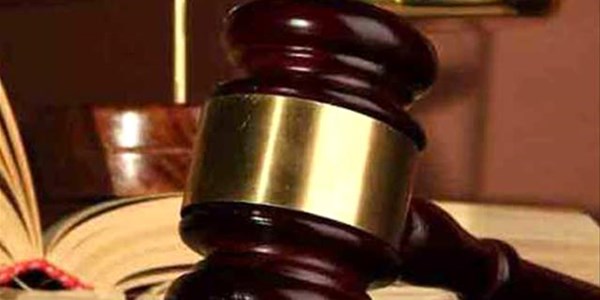 Court papers to appeal the bail refusal to one of the alleged murderers of the farmer Brendin Horner (21) at Paul Roux near Senekal in the Free State have been filed by his legal representative.

Advocate Joseph Kgoelenya confirms to OFM News that the matter will soon be heard in the Bloemfontein High Court. Kgoelenya previously said Magistrate Deon van Rooyen erred in his decision to refuse murder accused Sekwetje Mahlamba (31) bail, citing a prima facie case following strings of alleged credible statements from state witnesses who implicated him in the murder of Horner.

Magistrate Van Rooyen denied Mahlamba bail despite outstanding DNA results which could link him and his co-accused, Sekola Matlaletsa (44), to the matter. He, however, granted Matlaletsa bail of R5000. Mahlamba is the second accused in Horner’s case to appeal his bail refusal by the lower court. Alleged evidence, such as blood-stained trousers, amongst others, were found and confiscated in his shanty said to be shared with his brother.

Kgoelenya, however, brushed off the evidence and said by no means does the evidence before the court increment his client because it has not been proved that the blood belongs to Mahlamba.

State witness and leading investigator, Captain Pieter Myburgh, previously told Magistrate Van Rooyen that, according to witnesses, Mahlamba and co-accused Matlaletsa were heard bragging about how they stabbed a white male who was giving them problems at a local tavern in Fateng Tse-Ntsho.

Advocate Machini Motloung ridiculed this particular evidence and said given the type of environment a tavern is, one can’t rely on evidence received from the so-called state witnesses. Mahlamba was allegedly seen with the deceased's wallet at this particular tavern before their arrest on Saturday 3 October.

According to the witness, Mahlamba - in the company of Matlaletsa and the third unidentified man - were seen descending from behind the mountains from the direction where the attack on Horner had taken place at the De Rust farm.

His clothes were allegedly bloodstained. Furthermore, the DNA analyses of the bloodstains found in Horner’s bakkie, which were conducted at a private lab, were inconclusive with regards to accused number 2.