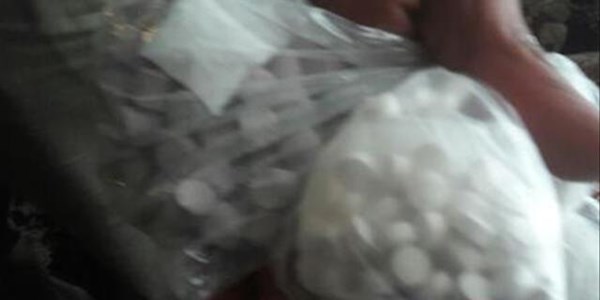 Ten suspects arrested in possession of drugs, cash and dangerous weapons in different parts of Bothaville in the Free State are due to appear in court.

The group, arrested over the weekend, is expected to make their first appearance and apply for bail.

Their arrest is a result of the Safer Festive Season Operations by police who have been deployed to Bothaville to flatten the curve of criminal acts, especially gang-related incidents. Police spokesperson, Thandi Mbambo, in a statement highlights the suspects - all aged between 18 and 43 - were arrested in five separate incidents.

In another incident, a man aged 28 was arrested for dealing in drugs after he was found with 5 full, 12 halved and 5 quartered Mandrax tablets, one crystal meth sachet, and cash.

A 43-year-old man was also arrested for dealing in dagga after he was found with 50 large and 73 medium pockets of dagga and cash.

A 35-year-old man was also arrested in a separate incident for possession of drugs after he was found with six halved Mandrax tablets.

Six suspects, aged between 18 to 23 years old, were arrested for possession of dangerous weapons in different sections of Kgotsong and most of them were found to belong to gangs. They were found in possession of eight pangas and three knives.