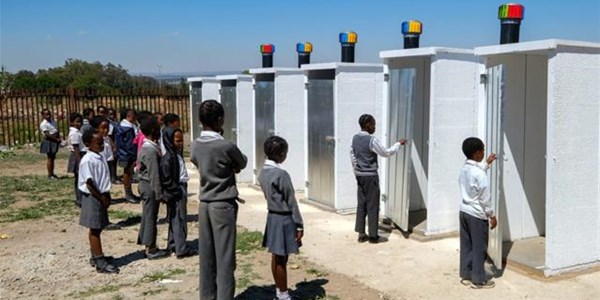 Approximately 123 Free State schools are still subjected to the use of pit latrines while 55 can be found in the North West.

According to the Basic Education Department, these provinces are amongst those needing intervention. Responding to the EFF's questions over schools with inadequate sanitation, Minister Angie Motshekga, has in a parliamentary reply confirmed her department's plan is to eradicate the dependency on basic pit toilets at identified schools by March 2022. These include 997 schools in the Eastern Cape, 1 168 in KwaZulu-Natal, 298 in Limpopo, 106 in Mpumalanga as well as the 123 in the Free State and the 55 in North West.

Motshekga has reported that the SAFE programme (Sanitation Appropriate For Education) has been launched to address sanitation issues at 3 898 schools countrywide that were still dependent on pit toilets and that the programme is still underway.

She has confirmed that the use of pit latrines remains a great concern following the drowning of several learners in the Eastern Cape and Limpopo in the past years.

The party has meanwhile urged her to fast-track the eradication programme as the country continues to battle the spread of the coronavirus.