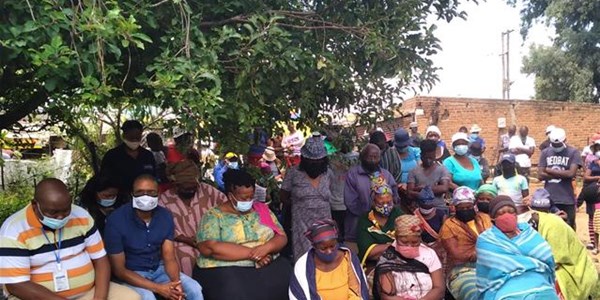 Free State premier Sisi Ntombela has lent a helping hand to the families of the seven children who drowned on the Somerset East farm near Steynsrus after flooding caused by heavy rain.

The farming community outside Steynsrus was in mourning on Sunday when the car seven children and three adults were travelling in, was swept into the river on the farm. OFM News earlier reported that one adult - who was the driver of the vehicle - also drowned along with the seven children aged between 4 and 13 years.

Visiting the parents on Thursday, Ntombela expressed the Provincial Government's deepest condolences and urged the community to stand together at their time of need.

The incident has since sent shock waves throughout the farming community and neighbouring towns of Steynsrus.

Food parcels and livestock were among the donations the Provincial Government made to the community.