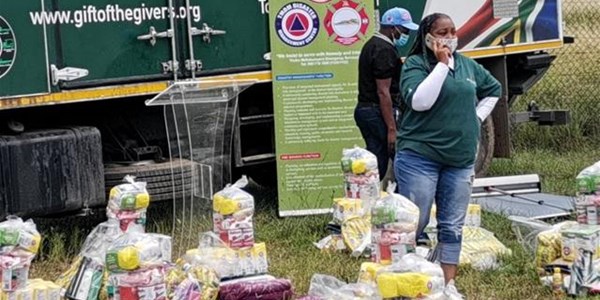 The January flash floods in the Free State caused long term challenges for some communities in the province.

Families in Masimong and Phuthaditjhaba that were affected had to be evacuated and taken to AgriQwa, in Phuthaditjhaba, where they received cooked meals, blankets and mattresses as their houses were damaged and under water.

Coordinator of the Thabo Mofutsanyana Disaster Team, Sthembiso Mthombeni, says Gift of the Givers, a non-governmental disaster relief organisation, responded to their request, whereby 35 of the families received social relief.

Mthombeni tells OFM News that they are currently looking for land to relocate the families until their damaged houses are repaired.

The Thabo Mofutsanyana District Municipality currently transports learners on a daily basis to schools, where the children are attending five schools in total around Qwawa, adds Mthombeni.