CUT management and students at loggerheads 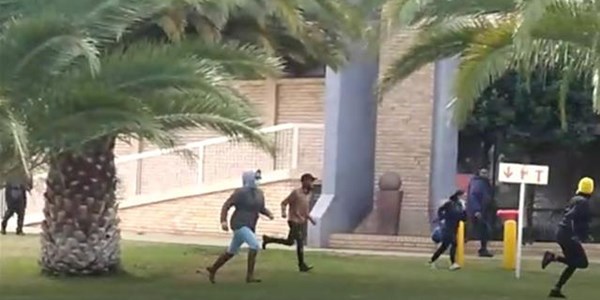 Students at the Free State Central University of Technology (CUT) at the Bloemfontein-based campus and the management are at loggerheads over the suspension of student leaders.

The institution's spokesperson, Seithati Semenokane, confirms that two student leaders have been suspended after intimidation and other acts of violence. She says last week, the university's management suspended the former Student Representative Council (SRC) President and former Finance Officer. However, the branch chairperson of the South African Student Congress Organisation (Sasco), Thabiso Mokoena, says they requested the management to rescind the suspension of the two and alleges that no proper procedure was followed in their suspension.

Mokoena alleges that these two were unanimously suspended by the Vice-Chancellor (VC) Henk de Jager.

Meanwhile, Semenokane says the institution's management condemns the intentional misinformation on social media as a malicious attempt to confuse the higher education sector and communities in the region, as well as to discredit the university’s genuine attempt to apply the rule of law and bring order on campus.

On Monday, students embarked on a protest over various issues at the institution.