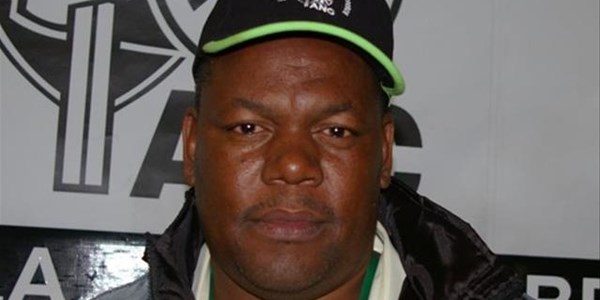 The future of the embattled Matjhabeng Mayor, Nkosinjani Speelman, hangs in the balance as the newly appointed ANC Free State Interim Provincial Committee (IPC) deliberates on calls for his removal from office on Friday.

The Secretary of the Matjhabeng Community Foundation, Shima Mahlatsi, previously told OFM News that it was their meeting with key members of the IPC, namely the covenor Mxolisi Dukwana, Kenalemang Mohale, Mathabo Leeto, and Kenalemang Phukuntsi on Friday 11 June that convinced them to postpone their planned shutdown, which was meant to get underway this week in Welkom, Odendaalsrus, Allanridge, and Hennenman, amongst others. The IPC members set 17 and 18 June as a meeting date to discuss the matter further.

It is expected by 20 June a decision on the matter will have been made and the way forward will be unveiled. Mahlatsi says this is to allow the ANC’s processes to unfold. Till then the shutdown is on ice. Previously, Mahlatsi told OFM News, ahead of the foundation’s march at the end of May 2021, that they want Speelman to go because there is a lack of development in the municipality.

He argued that when Speelman was elected into power, he appointed members of mayoral committees (MMCs). These individuals were supposed to lead their respective divisions at the municipality. He stressed that when these divisions failed to function, it is a reflection of Speelman’s inability to hold the MMC’s accountable, and that is “why he must go”. Mahlatsi threatened that should Speelman still be around after 14 days from the march, then they would embark on a shutdown, which has been postponed.

Speelman is no stranger to controversy. In 2020, he was suspended by the African National Congress’ (ANC) Free State disciplinary committee after a video of him making use of racial slurs when referring to the coloured community in Bronville surfaced on social media.

This was in an address to members of the South African National Defence Force (SANDF) who were deployed to the area to enforce Covid-19 lockdown restrictions. The committee slapped him with an 18-month ban from party activities. This decision was later eased by the national disciplinary appeals committee.

In mid-April, the water board was forced to bring operations at the Balkfontein Water Treatment Plant to a halt due to their inability to access chlorine gas in time. It appears the situation is occurring again with Sedibeng Water announcing this weekend that they are experiencing a shortage of chemicals which has forced them to suspend the supply of water at the Bulkfontein Plant.