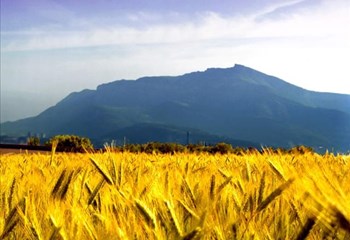 Bloemfontein - Agri SA says South Africa can ill afford to experiment with a land size restriction process that has failed so dismally elsewhere in the world.

This is according to Agri SA President, Johannes Moller. The organisation issued a statement in reaction to reports that Rural Development and Land Reform Minister, Gugile Nkwinti, last week told a land hand-over ceremony that land sizes would be limited to between 1 000 and 12 000 hectares.

Nkwinti also allegedly said government would purchase any land in excess of the set ceiling for redistribution.

Moller reiterated that the Regulation of Land Holdings Bill has yet to be tabled in Parliament. He says Agri SA will have it scrutinised by senior counsel as soon as it is published.

He says they have firmly opposed the introduction of land ceilings since mention was first made in 2011.

“There has been talk of so-called land ceilings since the release of the Green Paper on Land Reform in 2011. Agri SA had from the outset firmly opposed such land ceilings and has repeatedly tabled well-motivated, economic, food security and constitutional arguments against the proposed legislation.

“A working group was established by the Minister in which Agri SA also participated, with independent experts being tasked to advise the working group. Most of these experts also warned against the introduction of land ceilings,” added Moller.

According to Moller, international experience with land ceilings has shown consequences ranging from fragmentation of agricultural land and adverse impacts on productivity, to a negative impact on investment in the sector.

“We certainly cannot afford to experiment with something that has failed so dismally internationally. We would be gambling with food security,” he said.

The Bill also prohibits ownership of land by foreigners.

- Download the OFM app in the Apple or Android app store to read the latest news/sports stories.