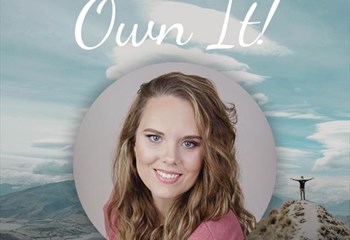 Vicki Fourie defines her life by the quote 'Courage isn't a gift, it's a decision.' Even though she has 97% hearing loss, she learnt from an early age how to speak like a hearing person and she excels in lip-reading as means of communication. Vicki is a former Miss Deaf South Africa 2009, as well as Miss Deaf International 2010 1st Princess. Currently, she's a motivational speaker.

After Vicki won the Miss Deaf SA title, she started doing motivational talks all over the country. To date she has spoken at over 200 events (this includes: schools, functions, churches, etc.).

The fact that Vicki is able to communicate in both Afrikaans and English makes her able to reach out to thousands of South Africans.

She’s also had the opportunity of speaking at the Business Women’s Association Breakfast, as well as the University of the Free State.

When she addresses the teens at high schools, she focuses on IDENTITY: Who am I and what do I believe about myself? Before that, her topic used to be ‘Courage isn’t a gift, it’s a decision. After Vicki was shot through the shoulder at the age of 14, she struggled with depression but overcame it through giving her life to the Lord.

At the primary schools her topic is ‘I Know You Can’. She shares practical examples with the children, such as how she managed to do ballet as a teen without being able to hear the music, how she took drama lessons even though she couldn’t hear her own voice, etc.

Is It Time To Draw A Line?

Tonight I would like to share with you guys something that happened to me in my teenage years when I was still in high school. What happened made me realize how important it is to draw a line, to set up boundaries.

The thing is, I grew up in a hearing world, a family of hearing people and all my school friends were all hearing as well. I would use lip-reading as means of communication as I didn’t learn sign language. I also learnt how to speak like a hearing person, as you guys can hear over this radio tonight.

And the thing is, I would always go on youth camps with my friends. School camps, church camps, camps just for the fun of it, you name it. Camping is meant to be great fun and mostly everyone loves it, especially when you’re young and full of life.

The camps were always filled with hearing people and I was the only one with hearing loss and dependent on lip-reading. So after every camp I would attend, I would come home crying, feeling emotionally exhausted and rejected by my peers. I couldn’t understand what was going on during the evenings, as we would sit around the campfires and do lots of things in the dark.

Once I even tried to convince my friends to shine their flashlights on their faces at all times but that just didn’t work either.

This would happen time after time after time. I would go on these camps, come home crying, absolutely hating camping. The last camp I went on, I came home, cried and told my mom everything that had gone wrong on that camp.

An interesting thing happened: It was as if a huge weight had been lifted off my shoulders. I could breath for the first time and not feel anxious about camping trips anymore. And you know what? It was okay to say ‘no’ to camping trips. It was okay to draw the line and say, ‘Enough is enough.’

My friends would still go on the camping trips and I would stay at home. It was better for my wellbeing and for me as a person, not to go.

We all have our challenges in life, but we all need to look after ourselves. No one else is going to do it for us; it’s our responsibility to take care of our emotional wellbeing. Think about the things that actually drains you emotionally and is just not worth stealing your joy.

As I walked away from attending youth camps, it brought such a freedom inside of me. Yes, I did miss out, but you know what? I was already missing out. So really, sometimes it’s time to draw the line and stay behind that line.