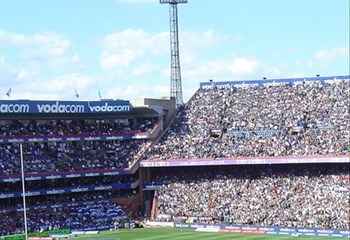 Loftus Versfeld
The President-elect, following the 2019 general elections, will not be inaugurated at the Union Buildings, but rather Loftus Versfeld stadium in Pretoria on May 25, the presidency announced on Saturday.

"In a departure from the tradition of holding the inauguration at the Union Buildings, the event will allow for greater public participation in this important national event," said the president’s spokesperson, Khusela Diko, in a statement.

South Africans are set to go to the polls on May 8. This election will be the sixth since the first democratically-held elections in 1994.

May 25 is also observed as Africa Day and Diko believes the date as well as the occasion will be symbolic.

"It is symbolic that the inauguration will take place on Africa Day, as it affirms government’s commitment to advancing the African agenda and to strengthening ties between South Africa and its neighbours."

The theme of the inauguration ceremony is "Together celebrating 25 years of freedom: Renewal and Growth for a better South Africa," added Diko.

Aside from members of the public, it is expected that Heads of State and royalty from a number of countries will attend, as well as religious representatives, political parties, and representatives from regional, continental and international organisations and bodies such as the Southern African Development Community, the African Union (AU) and the United Nations (UN).