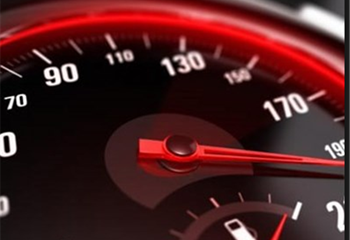 Well over 500 motorists have been arrested – the majority for drunken driving – since the beginning of the Easter holidays, authorities have said.

Road Traffic Management Corporation (RTMC) spokesperson Simon Zwane on Saturday said a whopping 549 motorists were arrested, with at least 312 of them caught driving under the influence of alcohol.

Zwane said the highest speed recorded was on the N14 in Gauteng where a motorist was detained for travelling at 196 km/h.

"Traffic authorities are now gearing themselves upon for another upsurge in traffic volumes when travellers return from different places of pilgrimage and holiday spots on Monday," he said.

Zwane said roads were "extremely busy" on Thursday and Friday when motorists set off for on long-distance holiday trips.

A total of 92 629 vehicles were recorded passing tollgates on the N3 between Gauteng and KwaZulu-Natal on Thursday.

A total of 51 647 were recorded on the N1 between Gauteng and Limpopo on the same day.

Most fines were for speeding, driving without licenses, driving unlicensed vehicles, failure to wear safety belts and driving unroadworthy vehicles.

"The RTMC is again urging motorists to plan their return trips carefully with regular stops along the way to avoid fatigue," said Zwane.