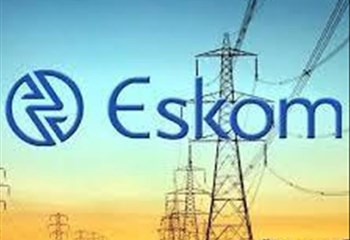 Some 280 000 commuters have been left stranded in the Western Cape after Eskom disconnected the power supply to Metrorail stations.

On Thursday, commuters had to find alternative means to get around the province, which relies heavily on the rail system.

The Passenger Rail Agency of South Africa (Prasa) has admitted that it owes the power utility at least R4 million but Prasa spokesperson Makhosini Mgitywa admits the entity was caught off guard.

The payment is 34 days overdue.

"We were not expecting this action as we have been in constant contact with Eskom and they know our challenges. At issue is the fact they would want us to pay their invoices within 14 days of issuing and that is practically impossible for Prasa at this time."

Mgitywa adds: "We are optimistic that we will reach some kind of arrangement with them and that that payment will be made soon."

Prasa is already faced with a myriad of issues, including operational and infrastructure issues.

Last year, Transport Minister Fikile Mbalula dissolved interim board of the Prasa and placed the ailing railway agency under administration.

Mgitywa says there is no certainty just yet how long the disruptions will last.

"Our intention is to have the services restored without delay. We are looking at days and not weeks," he estimates.

Cape Town mayoral committee member Felicity Purchase has laid the blame at the door of the African National Congress (ANC).

She believes state capture at the rail agency has crippled the train network in Cape Town.

"I cannot reiterate how devastating this is on the lives of all Cape Townians," says Purchase.

"They must recognise that this a direct result of the ANC not being able to manage any of their state-owned enterprises or their subsidiaries."

Transport Minister Fikile Mbalula is expected to address the matter later on Thursday.

No load-shedding expected during lockdown: Eskom