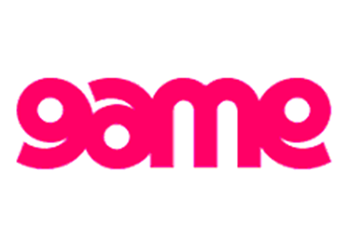 Strained by operating under lockdown conditions since the end of March, the Wal-Mart owned Massmart is now seeking rental relief to manage its cash position.

The company's stores such as Makro, Game and Builders Warehouse have only been allowed to sell essential goods during the lockdown period with the sale of alcohol banned under the current regulations.

"We will continue to proactively work with all suppliers and stakeholders to manage our cash position going forward including," the company said in a trading update on Monday.

To save cash, it is "negotiating and participating in the rental relief package from the Property Industry Group".

Various retailers have been hit by the shutdown or limited trading conditions and have been locked in rent negotiations with landlords, with property groups saying the lockdown is likely to have a negative impact on the commercial real estate, as Fin24 reported.

Massmart, which went into the lockdown already struggling under the weight of a sluggish economy and poorly performing Game stores, reported an almost 12% decline in sales for the 19 weeks to May 10.

The Covid-19 financial challenge comes on the back of declining profits as the group in 2019 reported a R861 million loss. This year it shut down its poor-performing DionWired electronic stores and revealed that it would consider whether to close the 11 non-performing Mass cash stores.

"We should also take into account that the company had lost a bit of market share before Covid-19 hit, the pandemic is now likely to delay their turnaround," said Nolwandle Mthombeni, equity analyst at Mergence Investment Managers.

Mthombeni mentioned that the virus would have a  "domino effect" on real estate as a whole because landlords will now have to negotiate lower monthly rental with tenants who are battling cash flow challenges. The effect is also likely to extend to financial lenders as well, she said.

Government has come under increasing pressure from various business organisations and political parties to open the economy, as companies continue to take a pounding from the restrictions.

South African has since moved to ease trade regulations as the country moved to level 4 of the lockdown and allowed the sale of winter clothing. By the end of the month, the country moves into level 3, which will allow for alcohol sales to resume, a significant category for retailers such as Massmart.