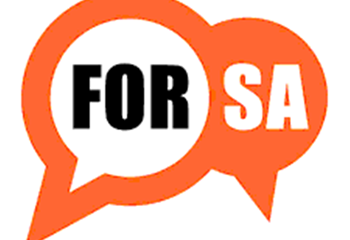 FOR SA's executive director, Michael Swain, said it had come to the organisation's attention that Zulu intended issuing "strict directives" on issuing of food parcels and cooked food to those in need, which could potentially see civil society organisations (CSOs) obliged to obtain a permit or authorisation from the department 48 hours before distribution was to take place.

"FOR SA believes that any such directives would be both counter-productive and unconstitutional.

"There has also been widespread concern about fraud and corruption regarding the current government attempts to distribute food to the needy, such as the charging of the needy for food parcels. The result is that food does not always reach those who most desperately need it," said Swain.

He said government needed to realise that private individuals choosing to give to feeding programmes did so on the understanding that their donations would be used to feed a specific community.

"As such, many CSOs have both a responsibility and a mandate to ensure that the food donations they receive must first and foremost go to those specified and within their communities."

He said that any "burdensome and bureaucratic" requirements would make it "extremely difficult" for private donors, NGOs and civil society to distribute food relief to people in their constituencies that were most in need, and could potentially exacerbate the humanitarian crisis brought on by the lockdown.

"Government, therefore, must not cut across this mandate to make it in any way more problematic for CSOs to distribute their own food to their communities, neither must it compel them to bring food donations to a centralised, government-controlled depot/distribution centre.

"Should government attempt to do so, many such faith-based groups will potentially face the untenable position of having to disobey government in order to continue to support and care for their own members and community.  FOR SA therefore call upon government to allow these organisations to be allowed to continue their vital work during this lockdown crisis, and beyond."