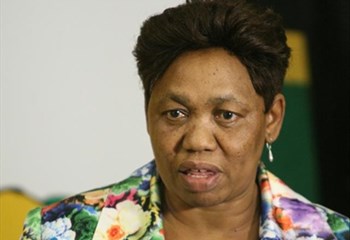 Basic Education Minister Angie Motshekga/Gallo
Teachers' unions have reportedly proposed that matrics return to school on 17 August and that other grades return on a later date, subject to the evolution of the novel coronavirus.

According to a Sunday Times report, the resolution by the country's five unions that schools close amid a peak in Covid-19 infections was included in a document Basic Education Minister Angie Motshekga tabled at a meeting with the Council of Education Ministers (CEM) on Saturday.

While the unions put forward that matrics should return on 17 August, they also proposed the prioritisation of "different modes [of teaching] to assist them while they are at home".

The Department of Basic Education (DBE) spokesperson Elijah Mhlanga told News24 on Sunday that Motshekga was still locked in a Cabinet meeting following her meeting with the CEM on Saturday.

Mhlanga said there was no indication when a decision would be announced because meetings were still underway.