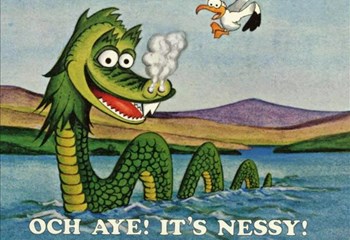 Nessie is real - believe it or not

American Kalynn Wangle claims to have seen the mythical creature on the Nessie webcam for several minutes and couldn't believe her eyes.

The 27-year-old's sighting has since been confirmed by the Official Loch Ness Monster register.

It comes not long after a walker allegedly spotted the beast and took the 'best snap ever' of her.

She claims Nessie appeared for around ten minutes.

Footage shows a black dot floating near the surface of the water.

It begins to move left across the bay, occasionally ducking under the waves.

The sighting is Kalynn's second, with her first being recorded on 10 April and lasting around seven minutes.

A video taken from the webcam on this occasion apparently shows Nessie submerging and re-merging as it nears Urquhart Bay.

Weird Wide Web - Artificial Intelligence is the future without a doubt