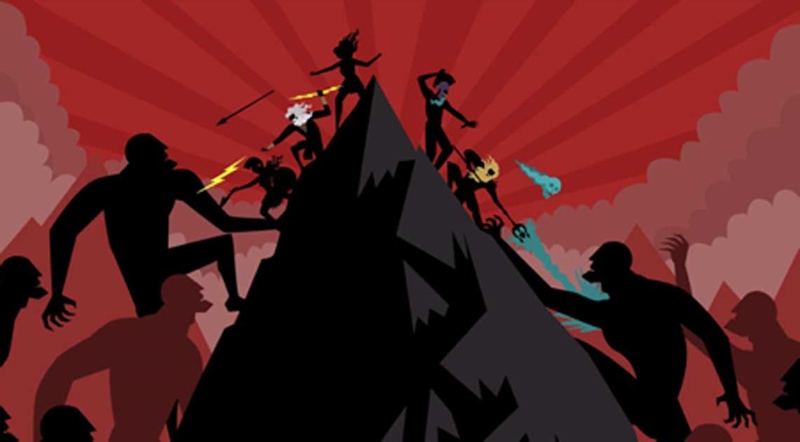 Photo credit: Ancient Origins, Battle of the Gods, When Titans Took on Zeus

A mysterious sound emerged from underground has given residents sleepless nights and left them terrified for weeks.

According to dailystar, the eerie noises, which were first discovered by residents in the Greek neighbourhood of Meteora in west Thessaloniki, started roughly five weeks ago in early December.  Locals complained that they could hear the deafening sound every day from midnight to early hours and curious urban explorers are now visiting the site to locate the source.  In a video posted by a member of the Residents Union of Meteora, he heads out to the junction of Kifissias and Acropolis streets where he hears a continuous, paced rhythm of loud thumps. The sound gets louder when he places the camera closer to the ground. Some viewers speculated if someone had been secretly digging underground tunnels at night and others compared it to something out of a movie scene.  "Are they still playing Jumanji these days?" one asked while a second joked: "The nephilims are out with the Hobbits." Read more on these sounds by clicking here.