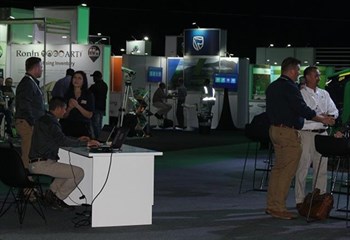 In a video message, Didiza said it is a privilege to witness another initiative by the private sector being engaged in agricultural development in South Africa, working together with government in solving challenges in the country with regards to the economy. She said the private sector, including agricultural businesses and farmers, joined hands in coming up with a plan to resolve challenges in the industry and land reform issues in the country. Didiza welcomed the initiative. OFM News' Christal-Lize Muller is at the three day AAT conference sponsored by Afgri and Grobank.

Didiza said AGDA is an addition to various established structures in the form of organised agriculture which are important instruments. She said South Africa faces a number of challenges of land inequalities in the sense that those who are willing to be productive and be part of the agricultural economy are not enabled to do so. This is a constraint that government is trying to resolve through the land reform process.

Another challenge that black farmers farming on a larger or a small scale have raised, is the financing of agriculture in the country. AGDA, as a private sector initiative has a valuable role to play in that regard, Didiza said.