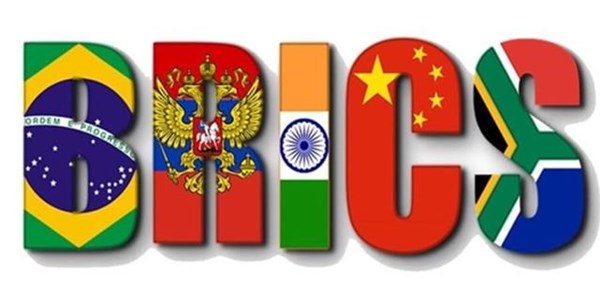 In this week’s insert, Sihlobo takes a look at growing agriculture export opportunities for South Africa within the BRICS countries.

“This past week, we held a hybrid session with some colleagues and Agbiz members joining us at Pretoria's offices, while others joined online. The event's primary focus was to explore how South Africa's agriculture and agribusiness sectors could gain more traction within BRICS. This theme is premised on the observation that South Africa's agriculture is expanding and is ripe to contest more international markets. In the next few years, the sector could enjoy a growth spurt, especially if the support by government policies, including the master plan on agriculture and agro-processing, come into play.

“To get a sense of how South Africa's agricultural sector has expanded in the past decade, consider the sector's gross value-added since 2010, which has now expanded by 44%. In volume terms, South Africa's agricultural production has grown by 19% over the same period. Encouragingly, this expansion has occurred across all subsectors of agriculture and agro-processing value, i.e., horticulture (up 70%), animal products (up 43%), field crops (up 22%) and agro-processing (up 13%), according to data from the Bureau for Economic Research (BER) and Bureau for Food and Agricultural Policy (BFAP).

He also states that when boosting the proposal for export-market expansion, one can mention that some of the country's agricultural products outputs have already succeeded in surpassing targets set out in the National Development Plan (NDP) in 2012.

“These include citrus, macadamias, dairy and pork, amongst others. Meanwhile, the soybeans, avocados, apples, and table grapes are fast approaching the NDP levels. This added production and normal growth in other major crops, fruits, vegetables, and livestock need new and growing markets.

“In our view, the new markets that the sector should be looking more at are in BRICS. The industry should hone a BRICS strategy that is complemented by robust bilateral engagements with each of the BRICS countries.

“We highlighted in last week's note that South Africa's agricultural sector is highly export-orientated, with exports accounting for roughly half of the production in value terms, about US$10,2 billion in 2020 (up 3% year-on-year),” Sihlobo further adds.

With that being said, Sihlobo says that last week those involved in the citrus industry made an announcement that the local citrus industry is likely to break all previous export season records with an estimated 158,7 million cartons this year.

“If the estimate is reached, it will represent a third consecutive season of record export volumes, with 130 million cartons exported in 2019, followed by 146 million cartons in 2020. Moreover, the industry estimates indicate that the available citrus for exports could increase by 300 000 tonnes over the next three years.

“The expected growth in South Africa's agriculture sector and export markets also calls for increased attention to logistical efficiencies at the ports. South Africa has thus far managed to achieve some efficiency gains. The industry has been working closely with the government and other stakeholders, such as Transnet to smooth the flow at the ports.

“There is ongoing work at Transnet to decongest the Durban port. The multi-stakeholder cooperation was key to enabling higher export volumes during a pandemic, and this saw South Africa recording the aforementioned second-largest value on record of about US$10,2 billion in 2020. Export markets should be the main focus going forward.

“Back to the BRICS story, the attractive markets within this grouping are China and India. This is because they account for large agricultural import volumes, have growing populations, and changing consumer taste. Economic recovery in these countries has been robust. As things stand, the BRIC(S) countries account for a relatively small share of South Africa’s agriculture exports – an average of 10% over the past 10 years in total agricultural exports of US$9,5 billion. In this respect, China, Russia, India and Brazil are the leading markets, mainly for citrus, wool, nuts, apples and pears, wine, grapes, sugar and jams, amongst other products,” explains Sihlobo.

However, he further adds that BRICS countries account for an average of 12%, which translates to S$180 billion in global agricultural exports. Sihlobo says this means that South Africa could play a meaningful role in this market.

“Hence, competition has been challenging for the wine industry and a range of agricultural products. It is also important that the industry pays closer attention to geopolitical developments in this region. China has sanctioned Australia for criticising some of its policy positions. These sanctions entail trade restrictions,” says Sihlobo.

He adds that other countries have taken the opportunity and took advantage of the gap left by Australia to meet China’s import demand.

“To emphasise a point we made last week, we do not anticipate this being a smooth engagement. China and India will most likely want a reciprocal engagement with South Africa, which puts South Africa in a challenging position as the country is also pushing its localisation strategy. This is a point that industry players should keep in mind when engaging with the local authorities about the export market aspirations. The policymakers will also need to make necessary trade-offs, weighing both our export ambitions and the localisation strategy. Trade policies and sector development strategies will need to be calibrated in ways that take advantage of new market opportunities,” concludes Sihlobo. 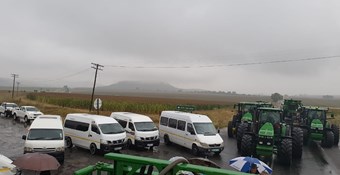