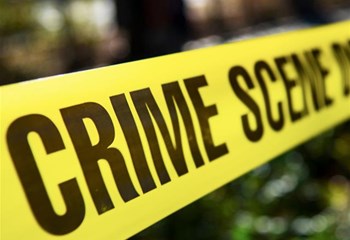 The safety of farmers and food security goes hand-in-hand.

This reality was discussed during a webinar about farm attacks and murders last week. A panel consisting of five speakers participated in this live session revealing sad and cruel facts about the reality of farmers’ safety in the country. Panel moderator, Rob Hersov, revealed that twenty years ago, South Africa had 120 000 commercial farmers, but now shockingly only have 38 000 left.

Hersov revealed other shocking statistics by adding that within the last ten years, there have been 2 818 farm attacks, in which many were left crippled, maimed, blinded and some were raped. He also added that during this timeframe over 600 farm murders were reported.

De Jager added his voice to this by stating these farm attacks and murders have a massive impact on the industry. He stated that it has gotten to the point where almost every individual knows someone who has been a victim. He further added that this reality changes the way in which farmers invest in their farms, as well as the way they and their workers do their jobs on a daily basis. De Jager explained that very often farmers and their families “are the first line of defence and the first to be confronted by trespassers or attackers.”

Furthermore, Cameron shared that farm attacks have become a far more dynamic crime compared to just robbing someone. “What we’ve heard from many victims that were attacked on farms and survived, is that the attack did not necessarily begin in a very aggressive way. It started escalating. It almost became a passion crime because suddenly this criminal realises that… he has power, he is in complete control, and he has nothing to lose…” Cameron explained.

Adding to that, Kohler-Barnard stated that South Africa cannot survive as a nation if the bedrock of the country, which is the agricultural sector, is in jeopardy.

Lastly, Meyer chimed in by stating that he makes it a priority to attend court cases that involve farm attacks in a bid to oppose bail. This, as he pointed out that 45% of South Africa’s agricultural exporters come from the Western Cape. “What worries me the most is the brutality of these farm attacks. These are not simple crimes… I think there is a deep criminal intent and we’re seeing also that most of these people involved in farm attacks are also people that are out on parole…” he concluded.

About the Writer:
ELSABÉ RICHARD