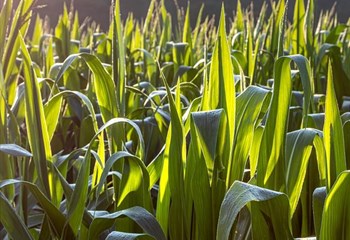 As usual on a Tuesday, Wandile Sihlobo, Chief Economist at the Agricultural Business Chamber of South Africa, Agbiz, provides a weekly insert about the latest on the global as well as South African agricultural markets.

He says the high-frequency data on both domestic and global markets reinforced the view that grain prices could be under pressure this year, which in turn could lead to subdued food price inflation. The International Grains Council (IGC) has lifted its estimate for the 2020/21 global maize production from the last monthly estimate to 1.2 billion tonnes. This is the largest harvest on record, with an increase of 5% from the previous season. The downward swing in global maize prices saw a 21% year-on-year (y/y) decline by June 25 this year, with prices trading around US$162 per ton. Low global maize prices are likely going to remain the theme for the rest of the year.

According to Sihlobo the season is underway in the northern hemisphere, with the crop in most countries reportedly in a good condition. Meanwhile, in the southern hemisphere, the 2020/21 production season will start around October this year. The focus is still on the 2019/20 season, with the harvest process in full swing in all major southern hemisphere maize-producing countries such as South Africa, Brazil and Argentina. What’s more, all these countries are forecast to obtain a large harvest which will improve supplies, ahead of another expected good 2020/21 season starting in October.  In the case of South Africa, the maize harvest is estimated at 15.5 million tonnes, which is the second-largest harvest on record and well above the annual domestic consumption of about 11 million tonnes. This not only means domestic maize prices could be under pressure in the coming months, but also that exports could increase, which is positive for boosting the agricultural trade balance.

In terms of wheat, the IGC lifted its 2020/21 production estimate further from 766 million tonnes last month to a new record of 768 million tonnes. This is underpinned by the anticipated largest harvest in Russia, Canada, Australia, Argentina, China and India, amongst others. While some European countries reported dryness last month, the weather conditions have now improved considerably, which is conducive for the crop. As a consequence of the expected improvement in production, the 2020/21 global wheat stocks could increase by 6% y/y to 290 million tonnes. This means that global wheat production could be under pressure in the coming months.

That was Wandile Sihlobo, Chief Economist at the Agricultural Business Chamber of South Africa, Agbiz. To listen to these inserts again, go to http://www.ofm.co.za, click on News, Agriculture, and the Agri Hour. Tune into OFM weekdays at 11:00 and 13:30 for your latest agricultural news bulletins.

#OFMKidsCorner - It's great to be a duck