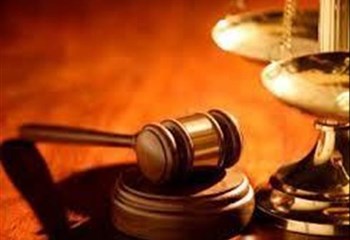 Three men arrested in connection with a cash-in-transit heist have appeared in the Klerksdorp Magistrate's Court, the Directorate for Priority Crime Investigation in North West province said on Tuesday.

Captain Tlangelani Rikhotso said Lwazi Ngonyama, aged 40, Moses Thenjwayo, 63, and 26-year-old Kutlwano Mohale were arrested in Soweto and Kagiso on March 29 for a robbery that took place on March 25.

She said two security guards were collecting money from a chain store in the Klerksdorp central business district. One of them remained in the vehicle, while the second guard went inside the shop to collect the daily taking.

"On his return and while walking along the shopping centre corridors, he was allegedly ambushed by two men who allegedly grabbed his firearm and the bag of money then ran to a getaway vehicle that was waiting outside," Rikhotso said.

"The other security guard who was waiting in the vehicle saw the suspects driving off with the money and chased after them. At first he lost sight of the suspect’s vehicle but eventually spotted them at Swart Street where he allegedly bumped them from the back.

"The suspects, however, allegedly started shooting at the security vehicle until it could no longer move. They then drove off, abandoning the stolen firearm."

The provincial Serious Organised Crime Investigations team launched a manhunt which led to the arrest of one of the suspects in Soweto, south of Johannesburg. The other two were arrested in Kagiso near Krugersdorp.

On Monday, their case was postponed to April 9 for bail.

#PrellerSquareShooting trial to resume in November