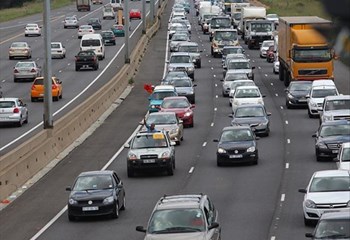 The Northern Cape Department of Transport, Safety and Liaison has sent a stern warning against traffic law offences and any acts of criminality ahead of the Easter weekend.

MEC Lebogang Motlhaping has urged all road users to be cautious on the roads and to obey the rules of the roads.

Launching the provincial Easter Road Safety Campaign along the notorious R31 route earlier today, Motlhaping told OFM News there is going to be more police and traffic officer visibility this coming weekend and warned that transgressors will not be left scot-free.

He said their joint operation with members of the SAPS throughout the province has already yielded results and saw approximately 10 motorists not in possession of drivers’ licences being stopped on their provincial routes in a period of less than two hours.

Motlhaping assures the public that safety and security in the province are amongst his list of priorities and warns motorists to refrain from transgressing against the law.

He reminds motorists to refrain from exceeding the speed limit, from driving and texting and driving with vehicles that are not roadworthy.