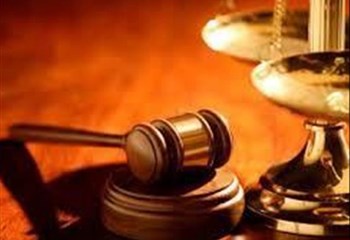 In a separate bail hearing in the murder case of the slain Bloemfontein businessman, Louis Siemens, in the Magistrate’s Court on Wednesday, time constraints again played a major role forcing Magistrate Vuyelwa Mahamba to postpone the hearing.

This was the second postponement after delays in the murder case forced Mahamba to postpone the case to 17 April 2019 after the court had to wait for the accused to arrive and wait for a court orderly who was unavailable for at least 5 to 10 minutes. The court proceedings yesterday eventually managed to continue with the cross-examination of sergeant Buyisile Jona, who was giving evidence in the alleged involvement of Karabo Tau and Sizwe Mpati after the alleged murder weapon was found in Mpati’s car.

Tau’s legal representative, Busiswa Matiwane, grilled Jona who was testifying on behalf of the state about the alleged involvement of Tau and the confession that Tau allegedly made to Jona about Mpati. Tau allegedly confessed that Mpati had information about the weapon used to kill Siemens. Jona last week told the court that Tau, while in prison, advised them to question Mpati about the murder weapon but admitted that Mpati was only linked to the case because of the murder weapon in his car. Magistrate Mahamba then again postponed the case to 6 May for finalisation of the bail hearing application.

Meanwhile, earlier on Thursday 11 April 2019, the case in which three police officers, a businessman and a said repeat offender were charged with this murder and extortion, among others, was postponed to 16 May 2019 in order to establish a possible High Court date. The Bayswater police captain, Moeketsi Lesia, and a repeat offender, Mojalefa Jali Molusi, two police officers, Bayswater detective Mogoera Molebatsi, and court orderly Kagiso Chabane, as well as the alleged mastermind, Stanley Bakili, are accused of the murder of Siemens who was killed at Preller Square nearly a year ago on the 10,May 2019.

#PrellerSquareShooting trial to run into mid-December

#PrellerSquareShooting: Trial to resume in May 2020