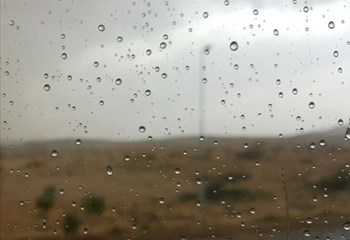 Most parts of the Free State, North West and the Northern Cape will over the course of this long Easter weekend experience some cloudy, cooler conditions.

The South African Weather Service's Toni Rossouw says following last night’s rainfall, residents in most parts of the Free State and North West can expect cloudy and cooler conditions, while those in the eastern parts of the Northern Cape can expect showers and thunder showers.

He, however, says some regions might be unlucky and not get any rain. Rossouw  says these weather conditions might continue until Wednesday.

Meanwhile, the Department of Transport has during its Easter Road Safety Activations also cautioned motorists and all road users to take note of the weather conditions and reduce speed whilst travelling to the different destinations during the course of the long weekend.

The CSA Check-in Challenge winner is...

Snowfall, flooding and thunderstorms in store this week