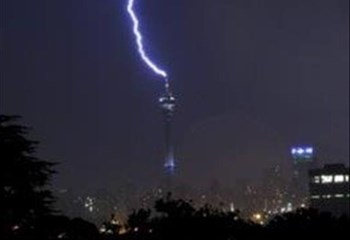 Photo: Gallo
Motorists making their way back from the Easter break are being urged to exercise caution on the country’s roads amidst predictions of heavy rainfall conditions for parts of Central South Africa this week.

Forecaster at the South Africa Weather Services’ Bloemfontein office, Tonie Rossouw, says there is a good chance of thundershowers over the Free State and the South Eastern parts of the North West over the next 48 hours.

Rossouw says they have issued a warning for localised flooding in the Free State, something they acknowledge may be a problem for motorists as holidaymakers make their way home today, in terms of poor visibility as well as the condition of gravel roads and low lying bridges after rainfall.

“There are some places that have already received between 40 and 50 mm of rainfall over the past 24 hours and expect to receive more over the next two days, particularly on Monday afternoon,” reveals the forecaster.

The North West province has also issued a warning following reports of localised flooding in Klerksdorp, on the New Matlosana Mall Road between the N12 and Doringkruin.

The Free State Department of Police, Roads and Transport urges motorists to be vigilant on the road as the province experiences rainy weather.

Department spokesperson, Hillary Mophethe, requests motorists to exercise patience at road works. Ahead of the beginning of the Easter rush, Commercial Manager at the N3 Toll Concession (N3TC), Con Roux, advised motorists to plan their trips adequately, to avoid delays.

“Our plea to motorists who will be using the N3 this Easter weekend is pleased to try to plan their trips in a manner that they travel outside of peak traffic hours and that particularly applies to Easter Monday afternoon when the N3 is incredibly busy,” said Roux.

The CSA Check-in Challenge winner is...

Snowfall, flooding and thunderstorms in store this week