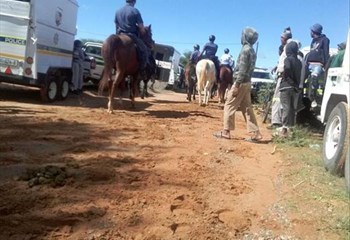 Northern Cape police continued the search and rescue operation for a missing two-year-old child who was snatched allegedly by a man who attempted to rape her mother.

"The child has not been found yet. The SAPS team intensified the search," Tawana said.

Tawana said he was remanded in custody and would apply for legal aid on Wednesday.