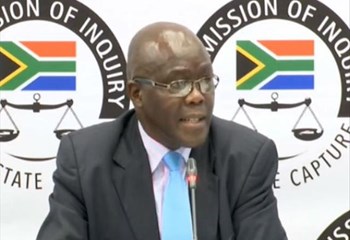 The former Head of the Free State Agriculture Department, Peter Thabethe, has detailed his visit to the Paras dairy company in India in 2012, in which he and Gupta ally, Ashok Narayan, went to see the New Delhi processing facility.

Testifying before the State Capture Commission of Inquiry, Thabethe says Paras was the only company that suited the department’s idea of developing small-scale dairy farmers.

Paras thereafter partnered with the Gupta-linked Estina entity to run the project in Vrede.

Thabethe says, “On my return, I then did a submission to the executive council so that they can officially agree that we interact with the company.”

Former SAA boss says the Guptas tried to bribe him

HOD dismissed due to Gupta contracts